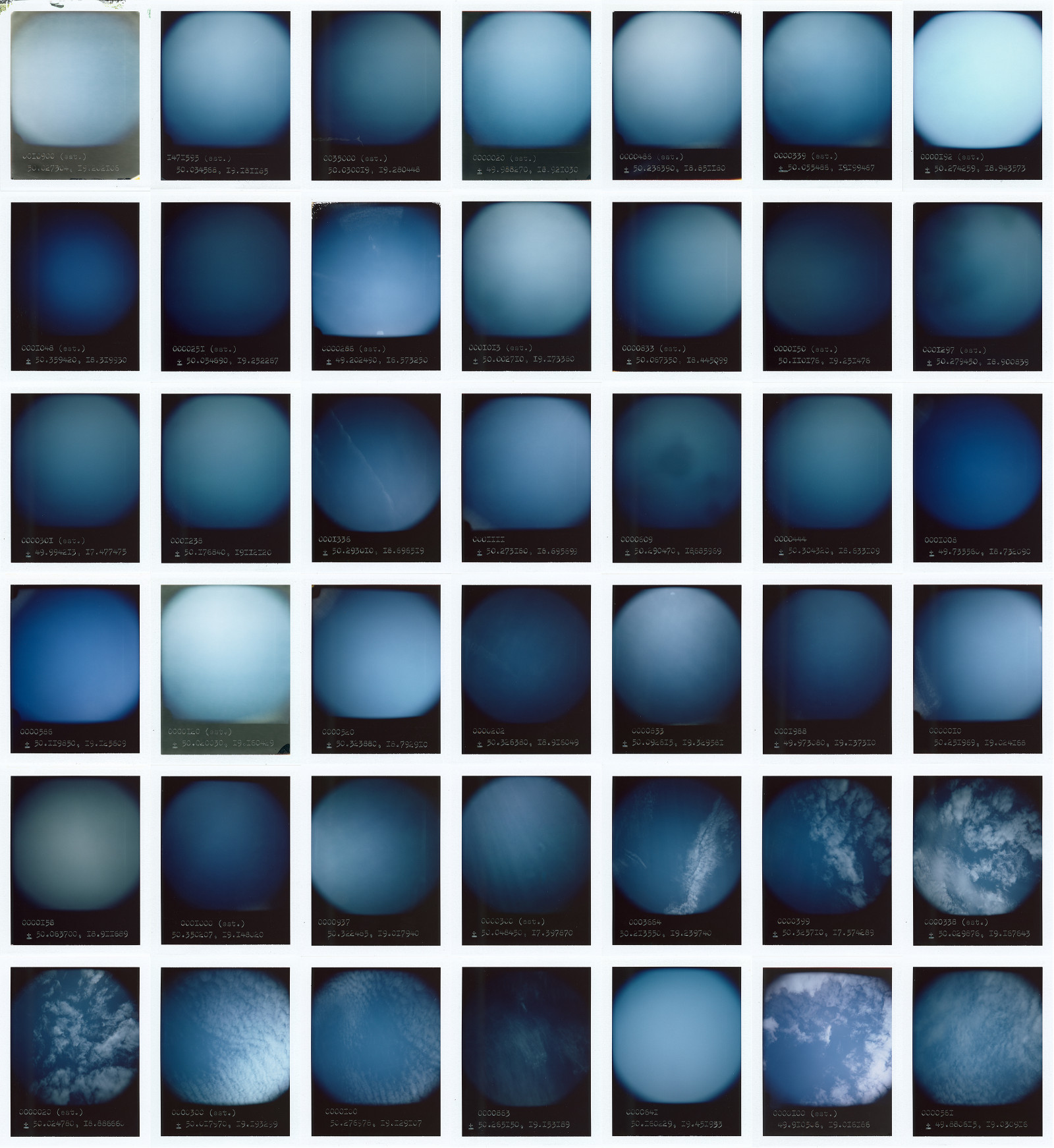 Belgian photographer Anton Kusters presents for the first time his art project The Blue Skies further to complete his six-year journey visiting each single former Nazi concentration camp in Europe. He will be accompanied by Ruben Samama, sonic artist, to explain how his thirteen-year long sound piece came together.

This program is part of the Night Flights series, presented by the ICP Lab.

The ICP Lab is a new home for visual storytellers to experiment with technology and create interactive and immersive experiences.

Seventy-five years ago, human beings succeeded in creating an industrial system to use up, deplete, and ultimately obliterate other human beings.

The installation will be completed by an open source mobile mapping app, an online evolving artwork redistributing the original images, and a book published by Lars Müller Publishers.

The documentation process relies on location coordinates, incorporates numeric data, and closely follows good weather reports showing the days of blue sky above each of the 1078 identified locations. The photography exercise consisted in capture the sky in each location in only three original Polaroids.

As a world premiere, Anton Kusters and Ruben Samama will introduce and share on the profoundly epic journey and their collaboration, and how it meant to understand what isn’t — still today, fully comprehensible.

In its meditative nature and its reverberation to our present times, The Blue Skies Project contributes to fight against the erosion of memory. In its epic and metaphorical vision, it highlights the massive scale of a genocide without showing its atrocities, to remind all of us how hatred could quickly spark, and human annihilation organised in mass industrial triage. In a time of technological global monopoly and its breaches, The Blue Skies Project is an accurate milestone between futures and memories.

“Consciousness has internalized and submerged the sensation of the bold summer colours of that immense space; of the cerulean skies, the aeroplanes — and of the boy gazing at them and forgetting everything around him. There is almost no return to that Metropolis, with its sombre colours, with the sense of the immutable law that encloses all its beings within confines of allotted time and of death; that is, there is almost no sense of a return to that world without a sense of return to those wonderful colours, to that tranquil, magical and beckoning experience of those blue skies of the summer of 1944 in Auschwitz-Birkenau.”
Otto Dov Kulka, Landscapes of the Metropolis of Death;
Published by Allen Lane, 2013, ISBN 978–1–84614–683–1; p76.

Anton Kusters (1974) is a visual artist working with photography, book and installation. He is the author of YAKUZA and MONO NO AWARE. Stemming from an initial documentary approach, Anton is concerned by the limits of understanding, the difficulties of representing trauma, loss of the experience of place, and the act of commemoration. His focus lies on investigating other ways of seeing, mechanisms of memory and remembrance, and the significance of viewer placement and subject-position. Anton has an Master’s degree in Political Science at KULeuven (BE) and is co-founder of BURN Magazine. He lives and works in Belgium and Japan.

Ruben Samama (1985) is an award winning sound artist, composer and record-producer currently dividing his time between Amsterdam and New York. His work mainly focuses on creating an alternate reality where, by purposely omitting information or presenting the subject in an abstraction, the listener has the freedom to go through the rabbit hole and back. With his work Samama proposes a loosening up of perspectives and encourages fresh ways of relating to one-another.