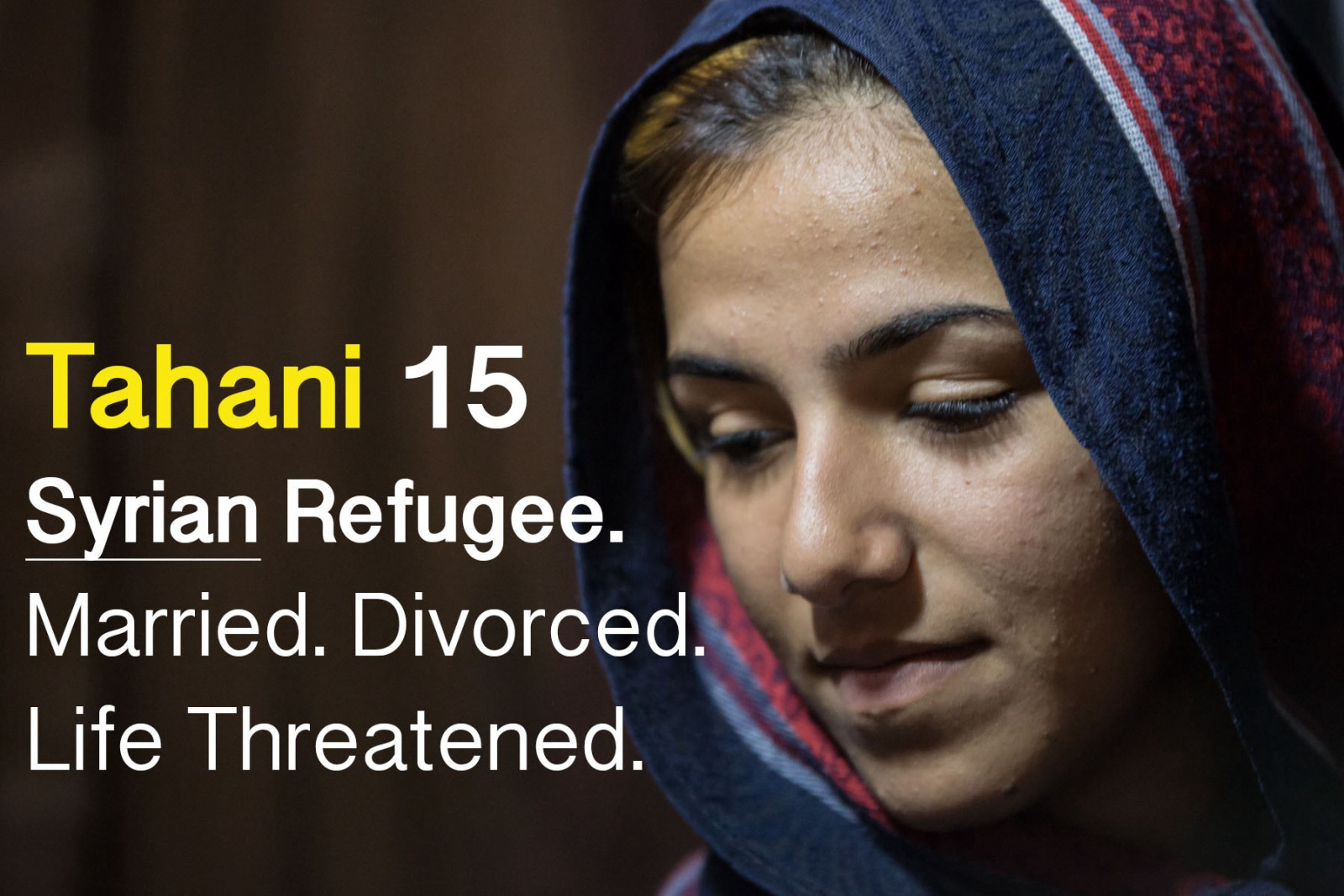 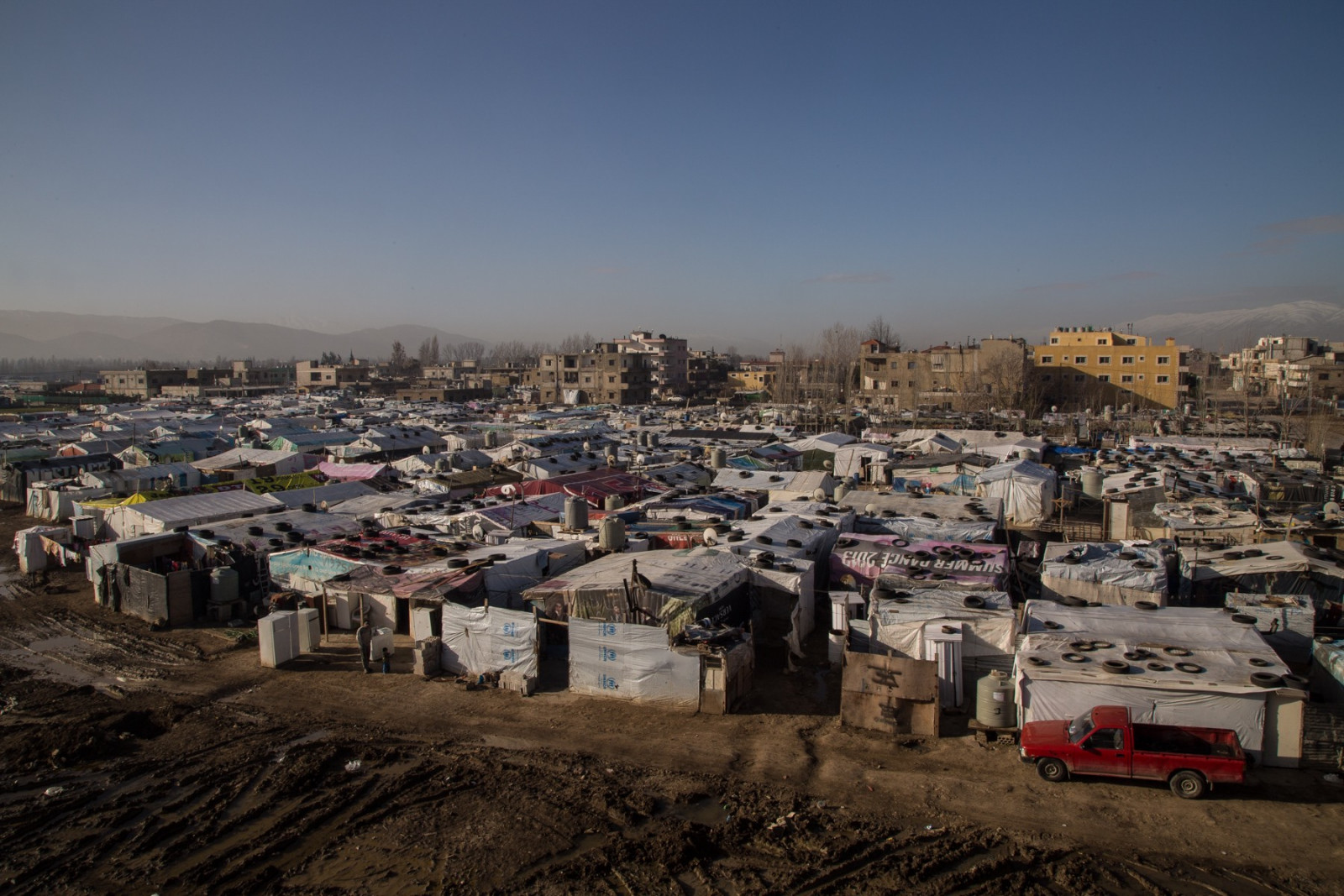 When I saw you first, framed in the doorway, half-hidden by a curtain, you made me a silent but explicit sign not to photograph you. Then you eclipsed behind the curtain.

I met you just a month ago in a refugee camp in Lebanon, under the 4x5 tent where you live with your dad Eid, his wife Nadine, your half brothers Mohammad (8) and Mohyeddidne (5); ‘little pixie’ Ayat — your half sister who’s six and bigger than life, and baby Hayat who joined the family a few weeks ago. 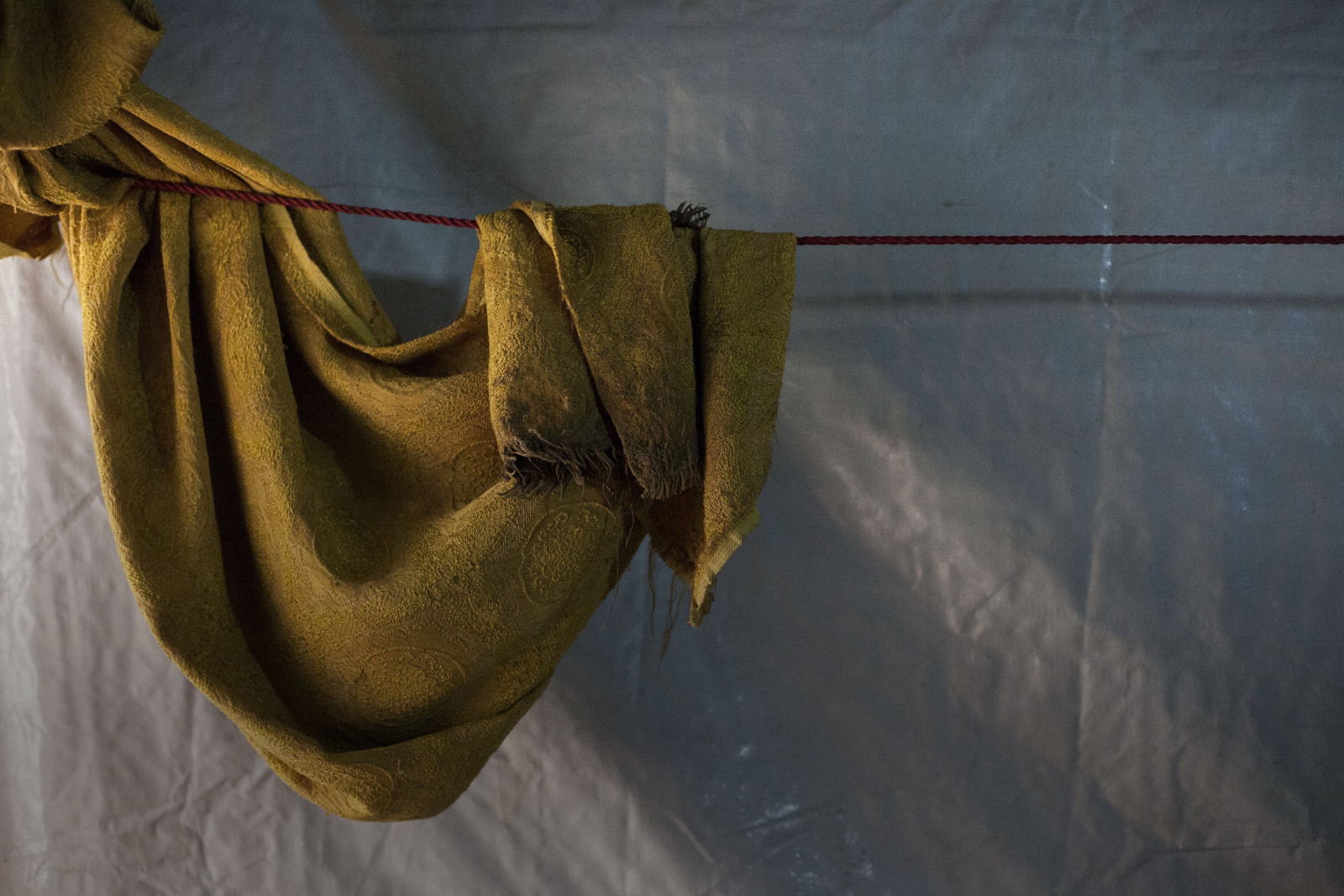 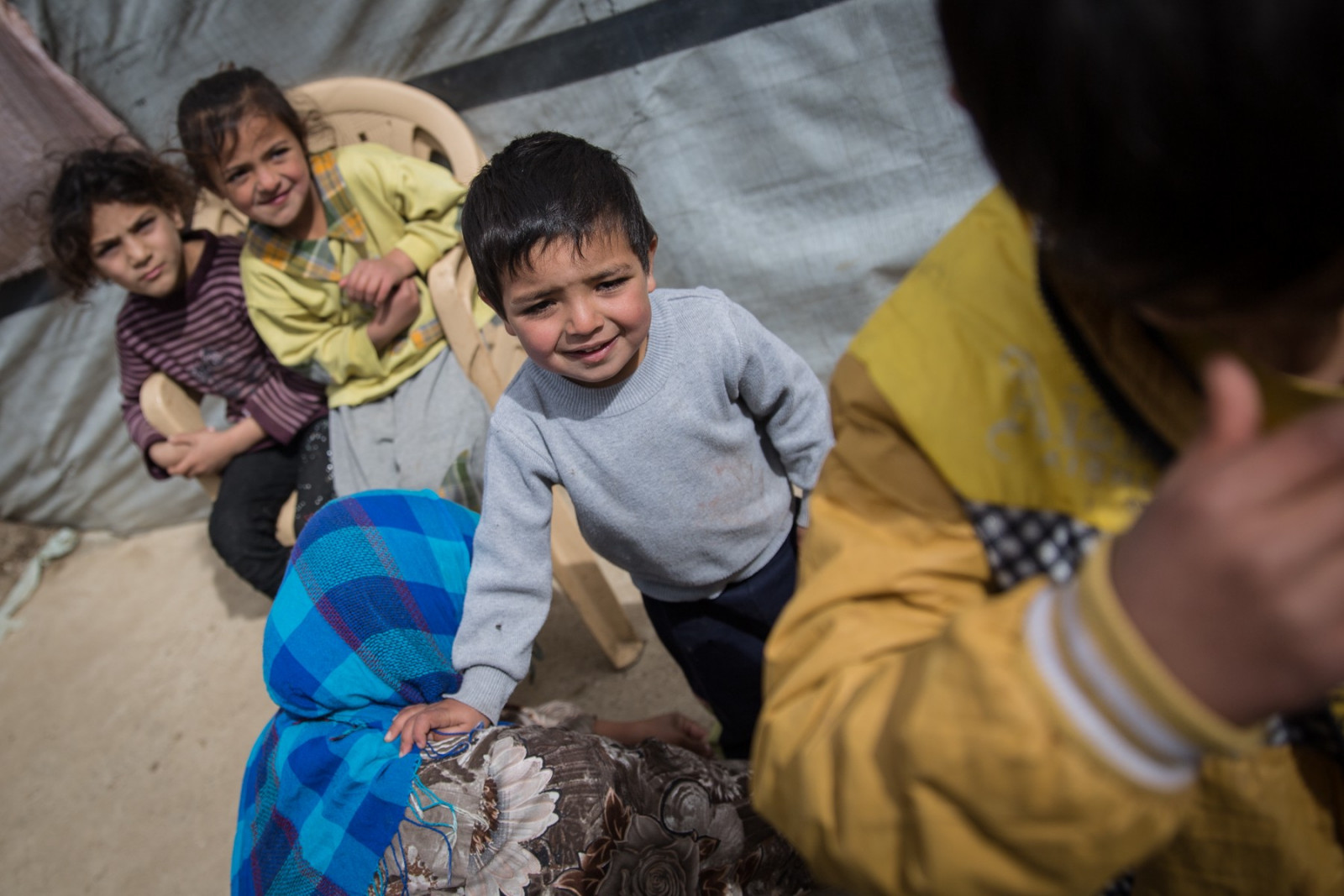 Ayat (in yellow) with her friend (left), and her brother, Mohyeddidne — Photo: Vianney Le Caer
Born Syrian, you’ve been a refugee in Lebanon for two years; married at 14 to your mother’s relative, and divorced at 15.

Your dad Eid had you and your older sister from a previous marriage.

Your sister, 17, lives with her husband (your father’s nephew), and became a mother. But your father hasn’t yet met his grandchild, nor has he seen his daughter for a year. Her husband keeps your sister at distance from the family.

The tent you live in is in a camp in Central Bekaa Valley, Maje Area, in Lebanon, at around twenty minutes by car from the Syrian border. Your family is originally from the Idlib Governorate, in northwestern Syria. 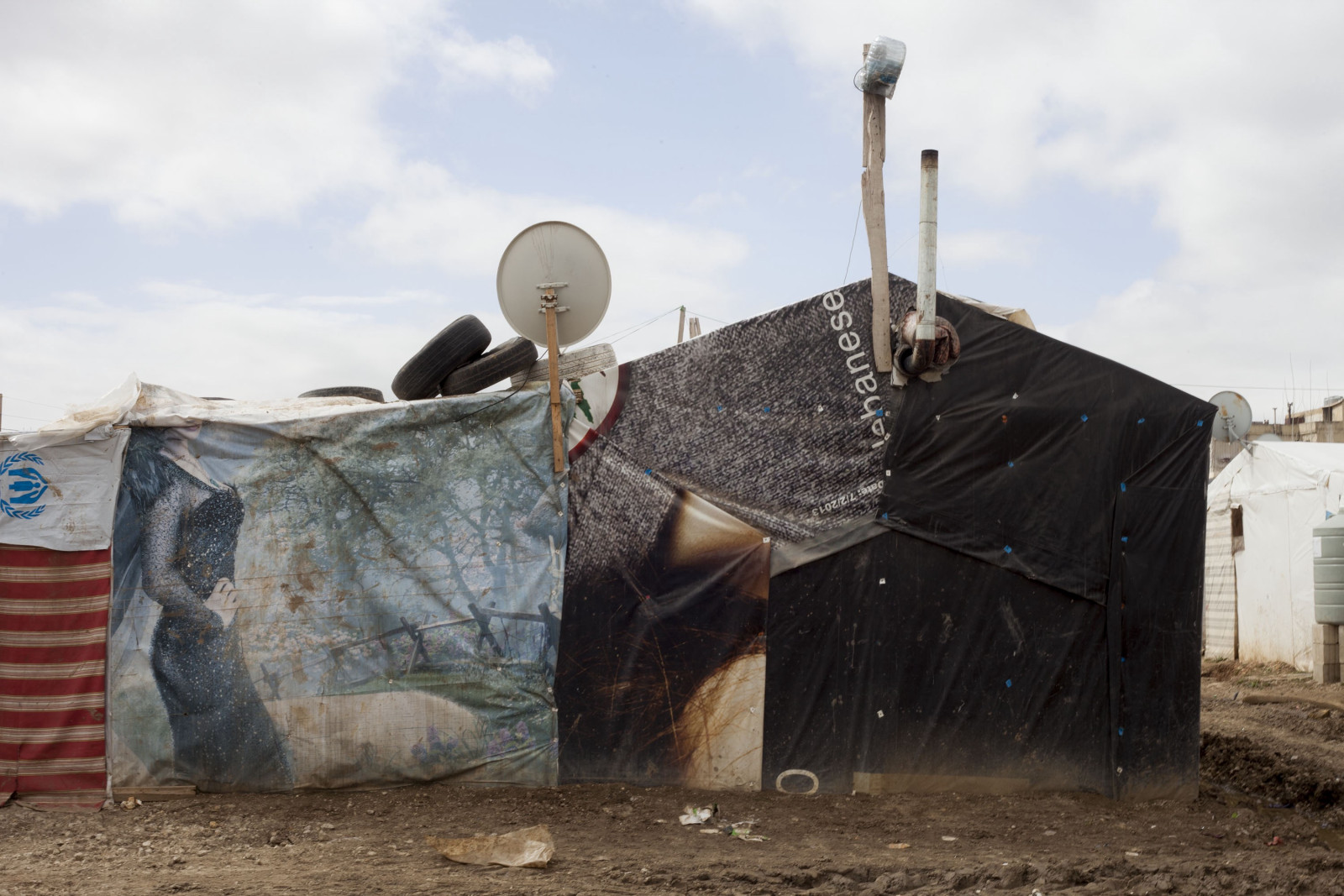 Tent in refugee camp, Bekaa Valley, Lebanon — Photo: Claudine Boeglin
Nadine, your stepmother, is 34. She speaks of her life in Syria: “We had a fridge, a washing machine and TV. Whatever we asked for was there. Here in Lebanon, everything is so expensive.” She wants nothing for her but her children to be living well. In a whisper she says: “May God forgive those who caused this…” 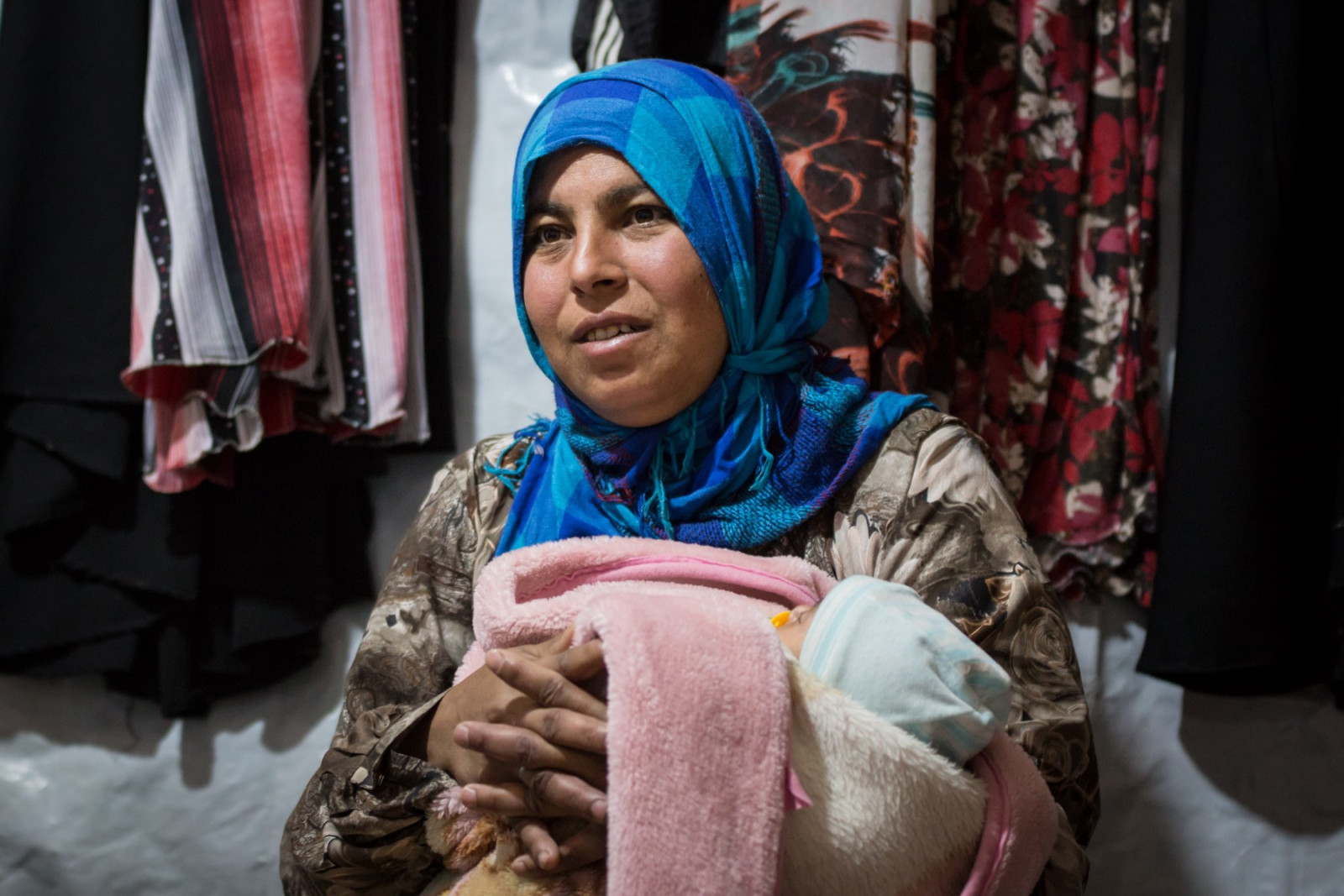 Nadine and baby Hayat — Photo: Vianney Le Caer
The family fled the war when your grandfather urged your father to leave the country. Eid is a pastry chef: ‘He lived like a king’; but the conflict in Syria changed everything.

Life as refugees in Lebanon made it difficult for Eid to provide for the family: “I thought a husband’s house would have been better for Tahani. I gave her away but her luck was bad. Her husband was unemployed, a hustler. She got divorced and is now staying with us.”

Because you divorced, your father is facing ‘a family feud’. In his words, your cousins have tried to run him over with a car. They’ve threatened him: “We will crush you”.

You were probably listening when Eid said: “They want to kill her. I will not allow them to murder her. Now they’ve threatened me, because she divorced her husband.” 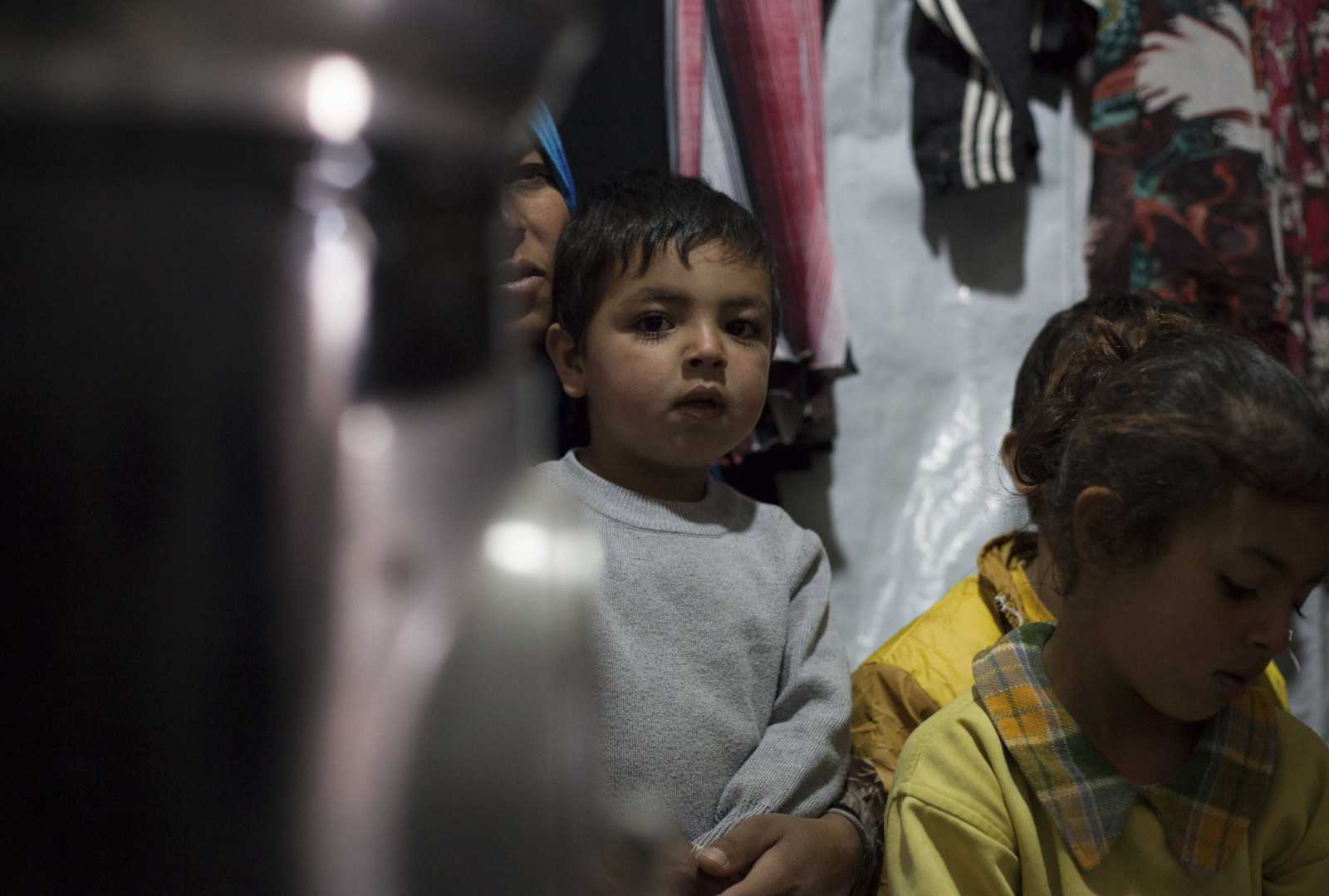 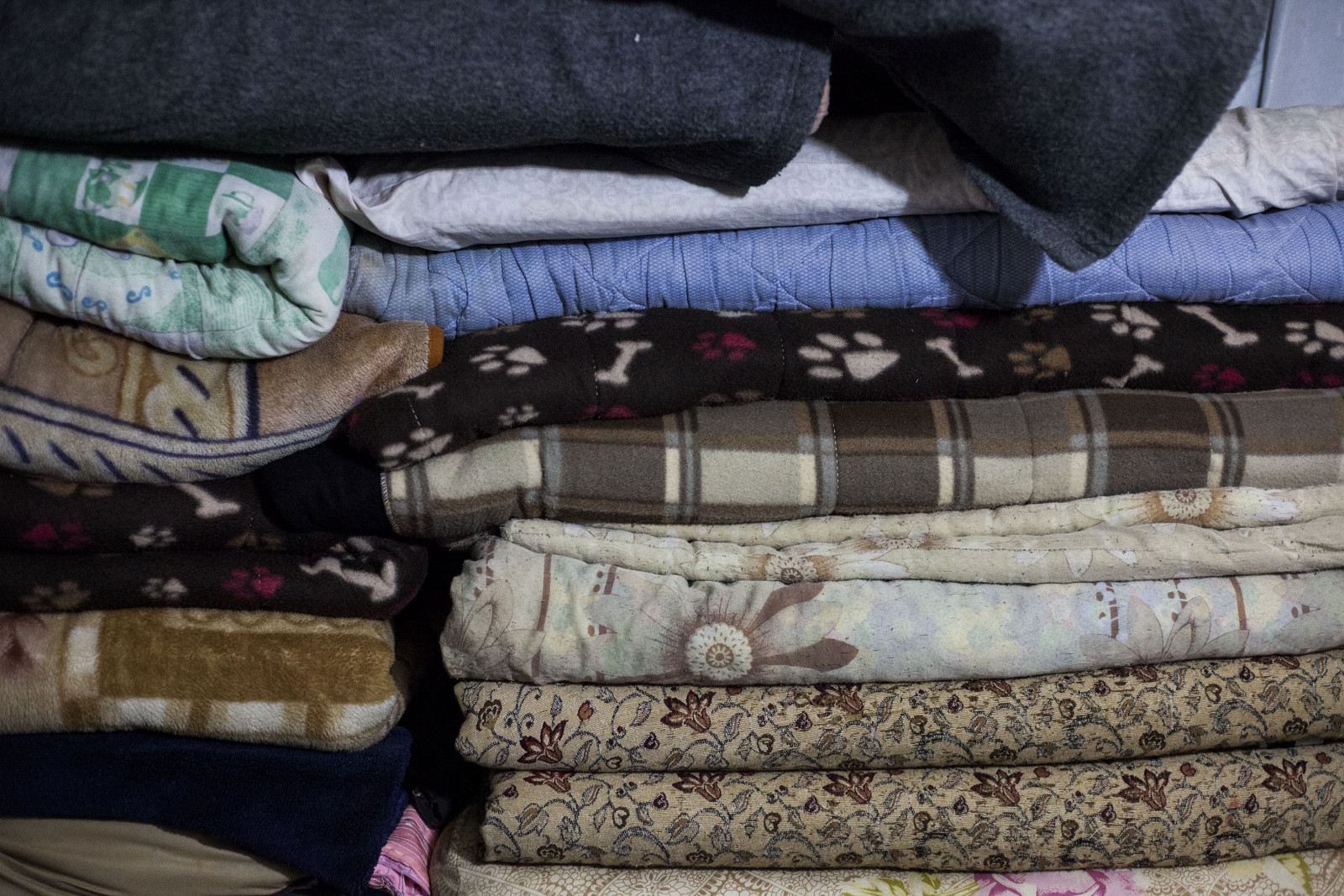 Pilled up in a corner, the family’s bed sets. Photos Claudine Boeglin
I looked at you, Tahani, still framed in the doorway. Nadine had stopped talking. You felt closer. Patricia asked you to talk to us. Eid was outside with the kids. You sat next to Nadine and with the feverish eyes of a muted rebellion, you said: “I advise girls not to get married so they can live their lives and study; at least not until they are 20. Otherwise they will suffer a lot.”

You continued: “I definitely had no freedom. The whole world was involved in my life.”

When your maternal cousin asked for your hand, you accepted and moved in with him not far from the camp. Then your husband’s family started to control your movements and beat you: “Why are you dressed like that? Where are you going?”

You said: “I hated myself”.

Although you believe your husband “loved you so much”; he had a hand injury that might have limited his movements. He couldn’t defend you. When your cousins came to Lebanon and harassed you, you didn’t feel safe.

You ran away, divorced, and now you’re threatened with slaughter.

I’m worried for your safety, Tahani. I wish someone could check on you and bring me back news. I will see you soon again. 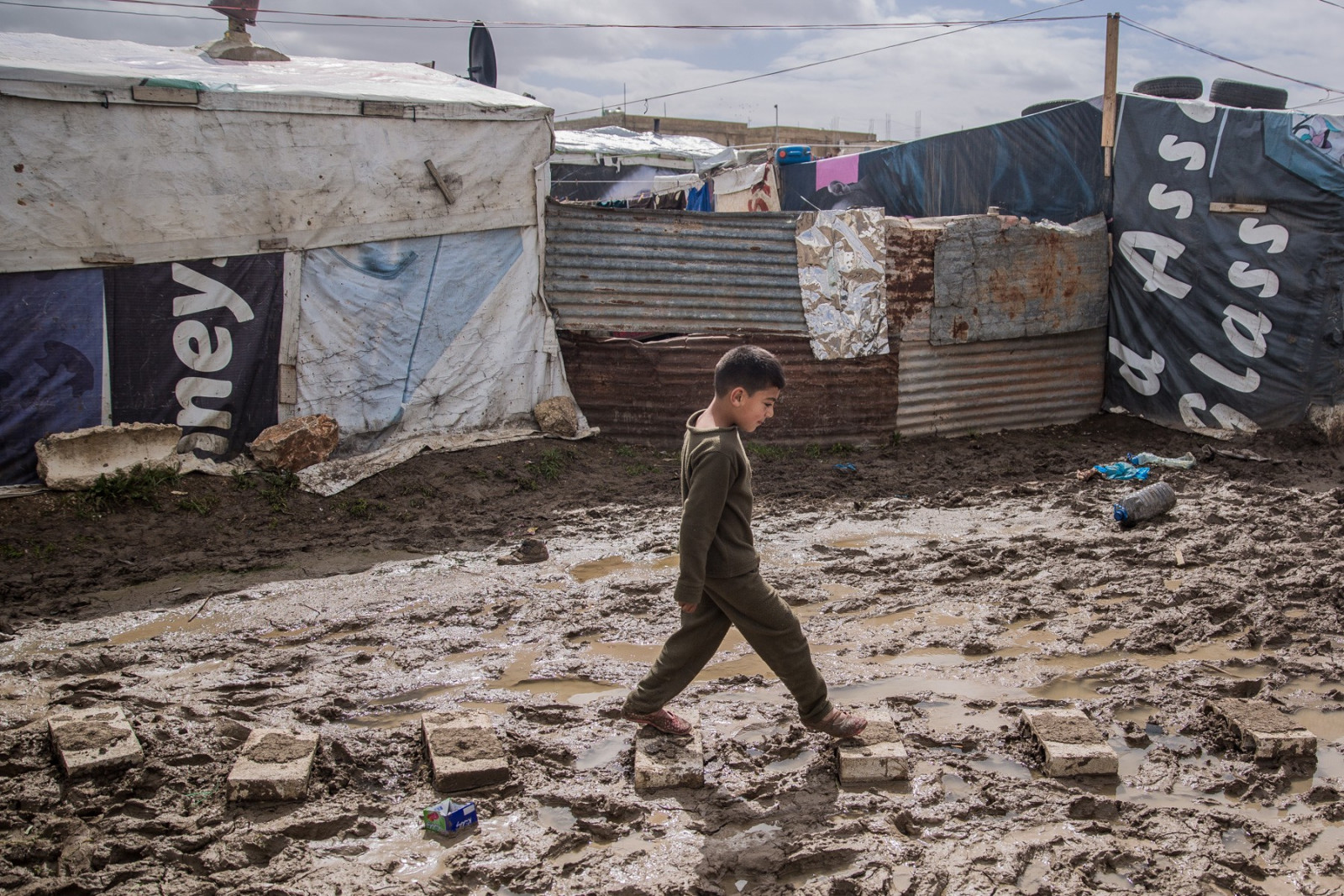 I flew to Beirut with photographer Vianney Le Caer. I have built this project independently and self-financed it.

Henry Makiwa (World Vision, London) helped support a third of the expenses with a World Vision assignment. Patricia Mouamar (World Vision, Beirut) helped with access to the camp, and with the interviews in Arabic — majestically.

In Beirut, Sherine Geagea was my guardian angel opening up many doors with warmth, generosity and her drive. Back in London, Moe Hash, a BBC journalist who had never heard of me, helped with the translations from Arabic to English.

No media was involved in the project because I didn’t wanted Tahani’s story to become another two-minute news report. I went to Lebanon independently to identify one Syrian voice that could become overtime a recognisable voice of the Syrian exodus. (One in five people living in Lebanon are Syrian refugees— giving Lebanon more refugees per capita than any other country in the world).

The project intends to become a series of short documentaries for Tahani’s life and for her persona to unfold over time with depth and nuances. If given the support to develop, Tahani and her journey might insidiously become as ‘addictive’ to follow than Carrie’s character in the HBO series, Homeland. 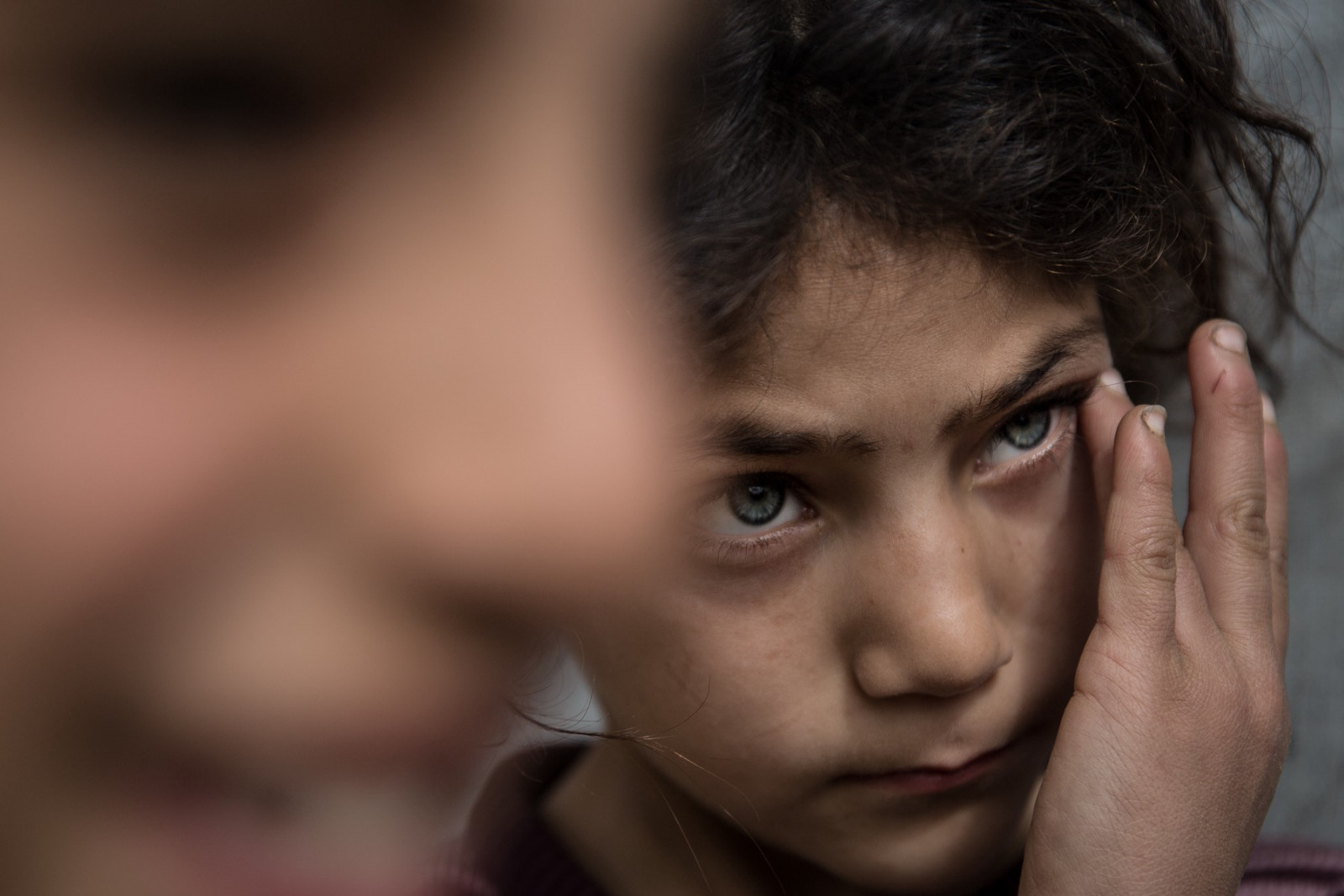 Syrian refugee living in a camp in Lebanon — Photo Vianney Le Caer
‘Happiness can be found, even in the darkest of times, if one only remembers to turn on the light’

‘In dreams, we enter a world that’s entirely our own’
Albus Dumbledore (Harry Potter and the Prisoner of Alkaban)

Life for Syrian families in a Lebanese refugee camp